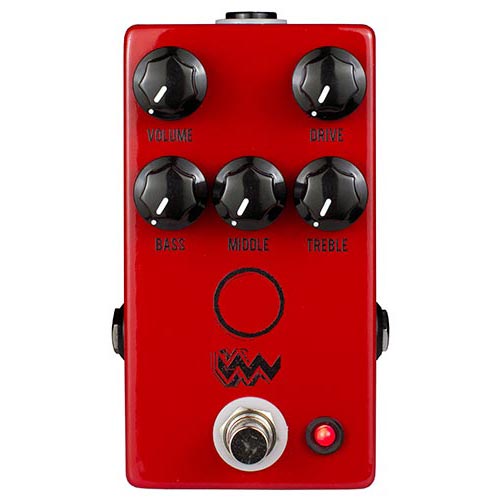 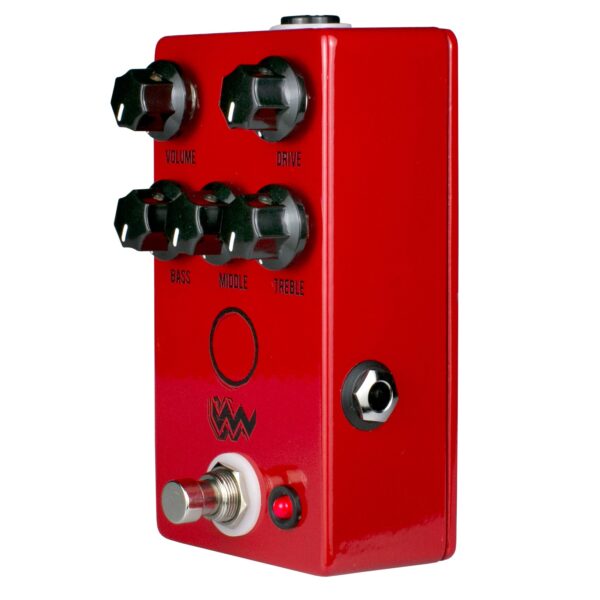 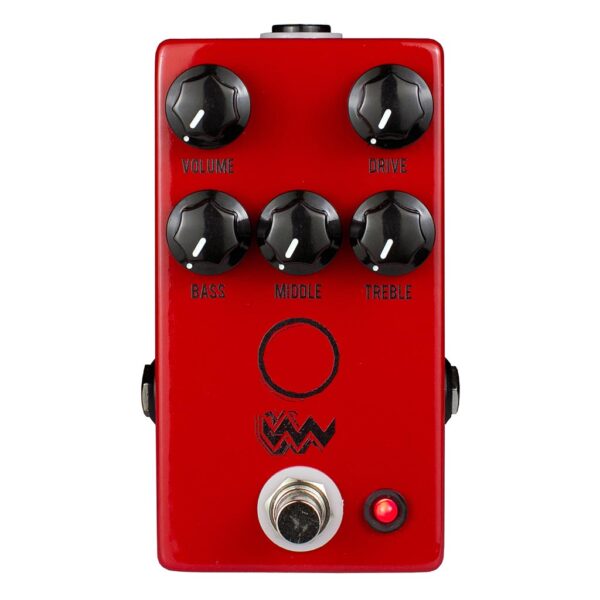 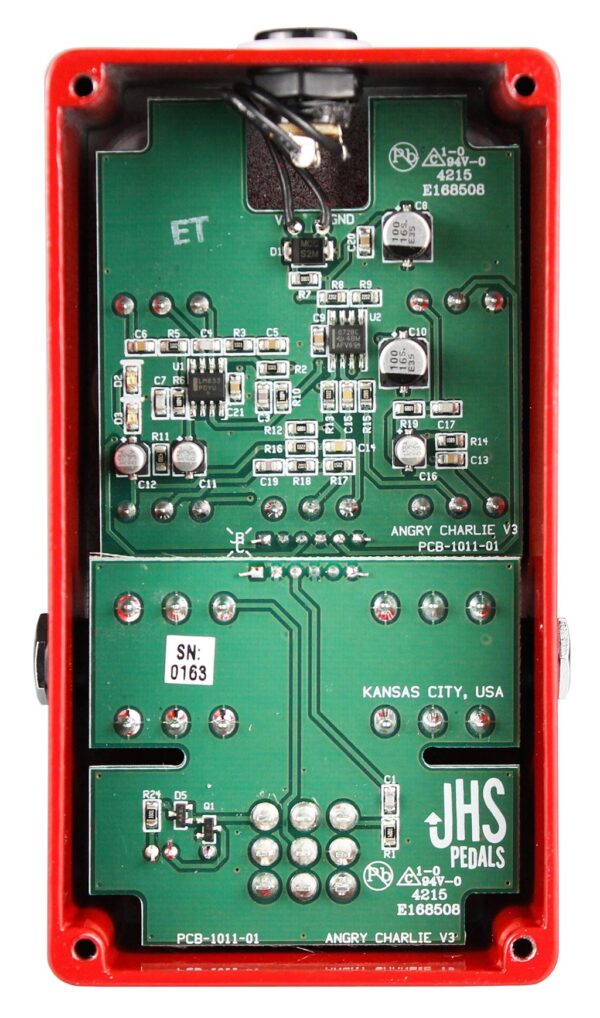 JHS Angry Charlie V3 has become a staple of the JHS line over the years. The V3 is a force to be reckoned with in the high gain pedal territory. It convincingly and accurately breathes JCM800 tones with ease.

New to the V3 are the Bass, Mids, and Treble controls. To faithfully replicate a Marshall amplifier JHS felt it was time to incorporate a full Marshall-style tone stack.

Turn the Drive control down, and you might be surprised how bluesy and vintage-like this pedal sounds. But through its different versions, our Angry Charlie distortion has always been one of the more aggressive British amp-in-a-box pedals out there.

Either way, you’ll be injecting your amp with the grit and attitude of the UK amplifier heads that gave rock ‘n’ roll its teeth. This pedal turns any amp into a screaming Marshall stack. Go from bluesy Hendrix-like breakup to high-gain Brit tones with a twist of the Drive knob.