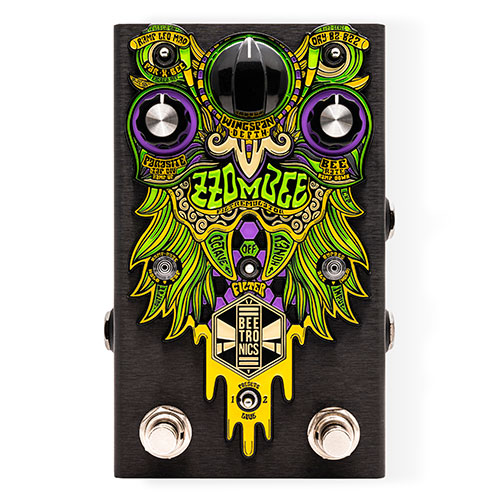 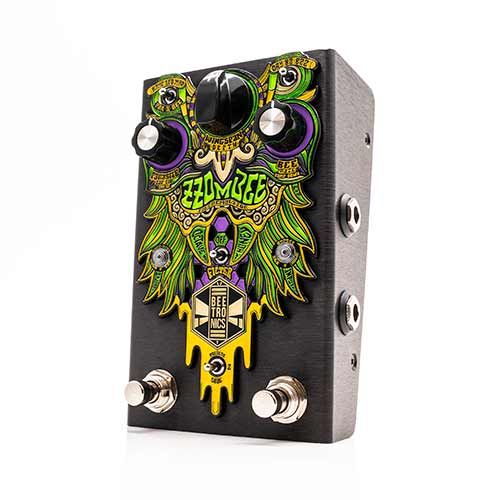 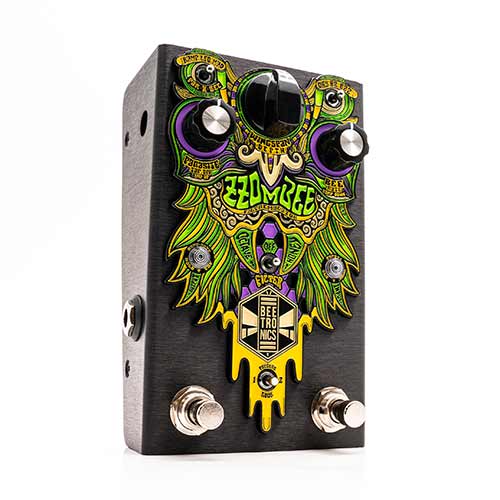 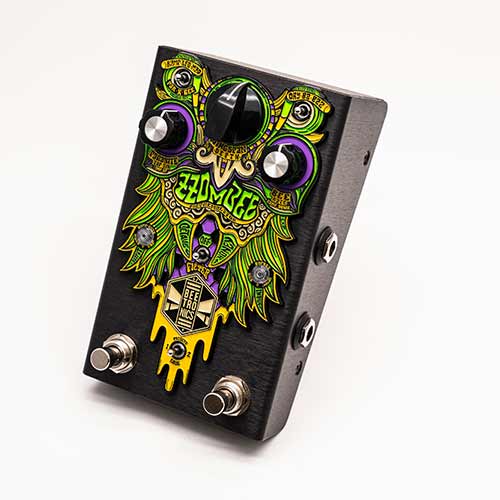 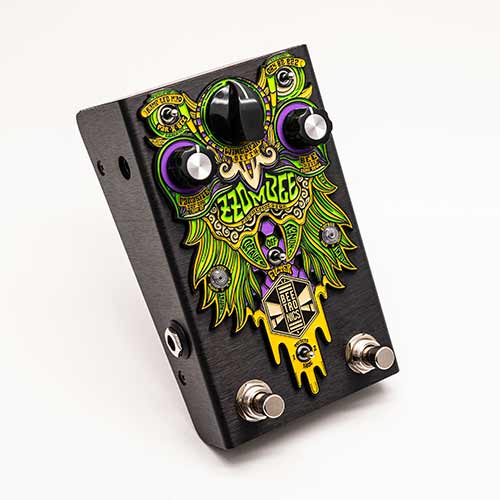 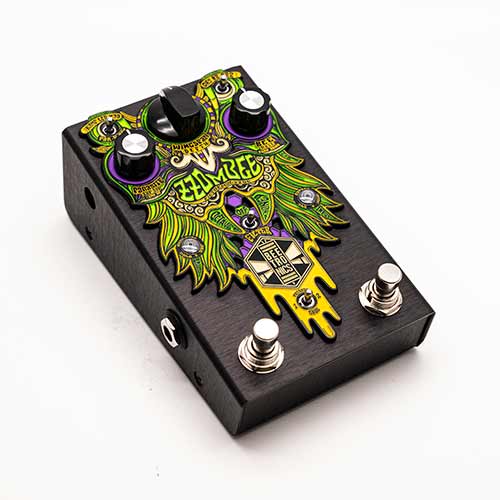 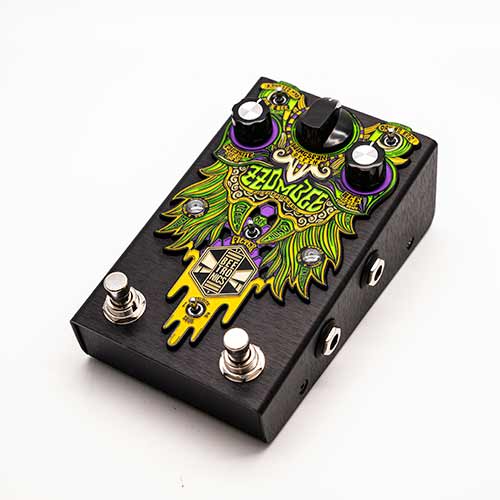 Beetronics Zzombee Filtremulator is a one of a kind analog multi effect that delivers Filter, Wah, LFO, Randomized Filter, Tremolo, Swells, Overdrive, Fuzz, Low-Octave and the never beefore heard honey patented Cross Tremolo, a very unique kind of tremolo that pulses between the fundamental and a low octave.

Its unbeeliavable analog tones are enhanced by an innovative way of ramping and controlling modulation movements that uses a momentary footswitch in the most musical ways. These controls make the pedal an extension of your instrument, beecoming an essential tool to expand your creativity.

The sounds found in the Zzombee are very unique and would require a very complex rig to be recreated. Thats because the instrument signal gets a 4 stage gain buzz selection and runs in parallel to a monophonic low octave beeast, in the most beetronical style. The filter can be applied to either of these with the other remaining untouched.

To top it off, this analog bee is digitally parasitized and includes tap-tempo function, CV control, external tap, expression out and can save presets.