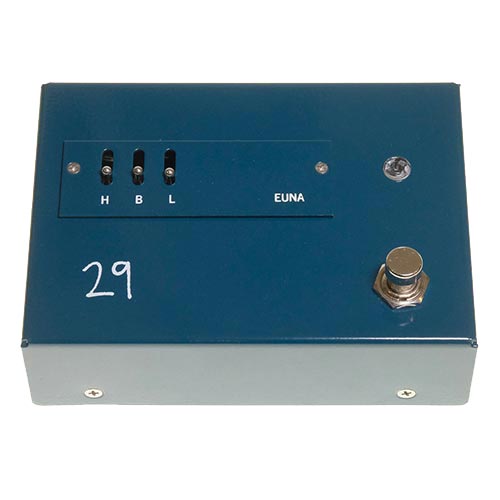 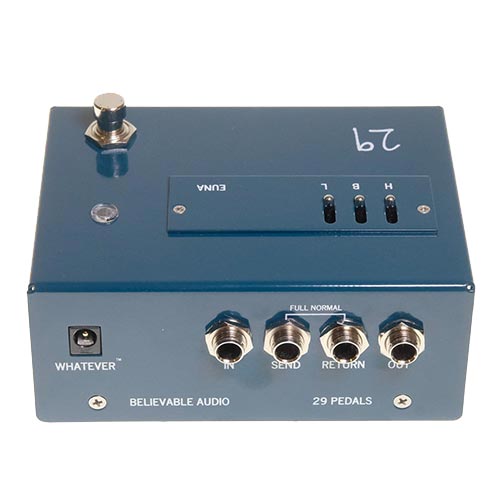 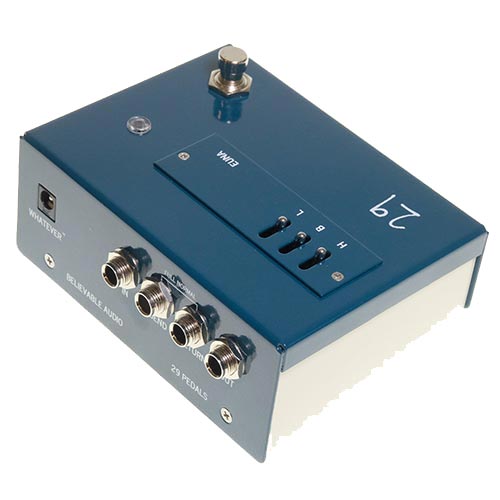 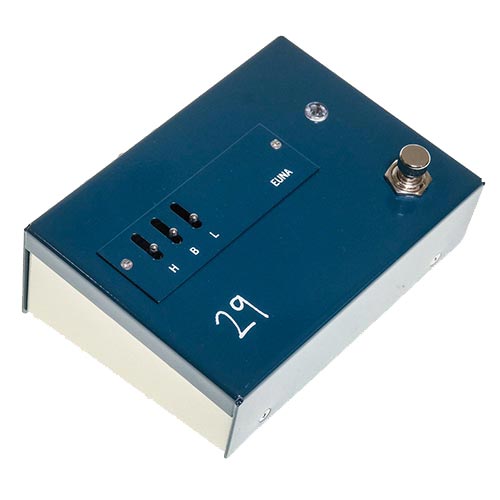 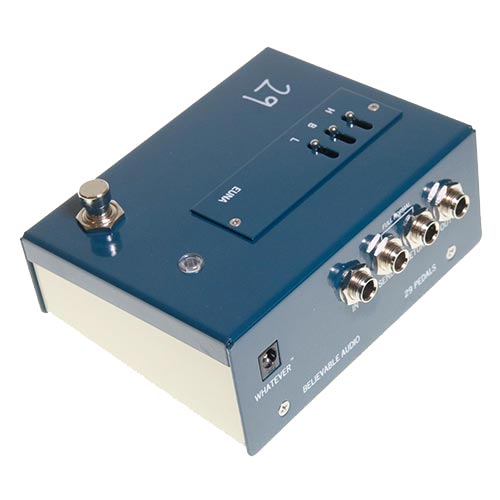 29 Pedals EUNA is an input driver that replaces a conventional buffer, and is built to protect and condition your instrument’s signal.

EUNA is the Elite UNity Amplifier. Console grade build, three great sounding filters, and an alt-path insert loop for your classic fuzz and wah circuits that don’t want to be buffered. You can also use the loop to remove your tuner’s buffer from the signal chain. The pedal features a WHATEVER power supply, which accepts 7.5 to 35 volts of AC or DC in either polarity with no change in tone. EUNA is made by 29 Pedals in California.

It is designed to protect and condition your guitar’s signal. Use it in place of an input buffer. Plug directly in, first in the chain. You can safely remove all other buffers after it if you wish. We recommend an output driver at the end of your chain.

EUNA has three sweetening circuits – Harmonics, Bright and Low. Low adds a little bit of low end. Not too much, just a little bit for some sweet oomf or to make up for low-end loss in your pedal chain. Bright adds some brightness, and Harmonics pushes the air band where guitar harmonics are. Harmonics adds sweet, tube-like chime to any rig.