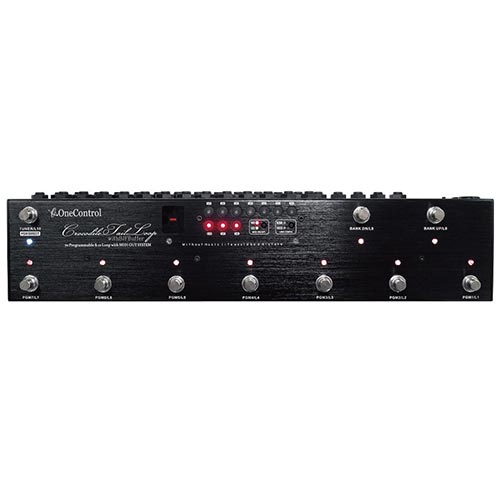 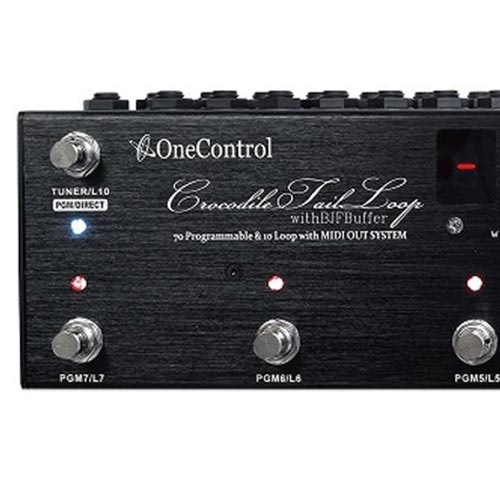 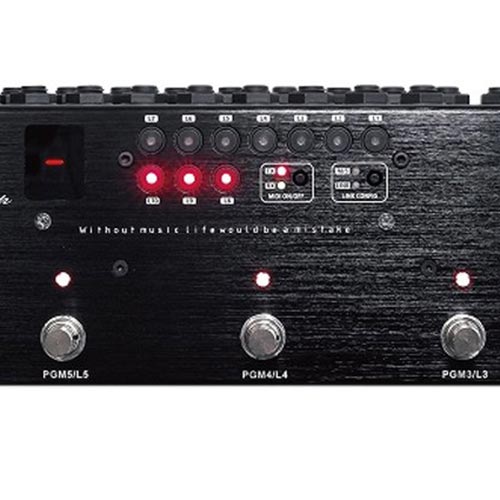 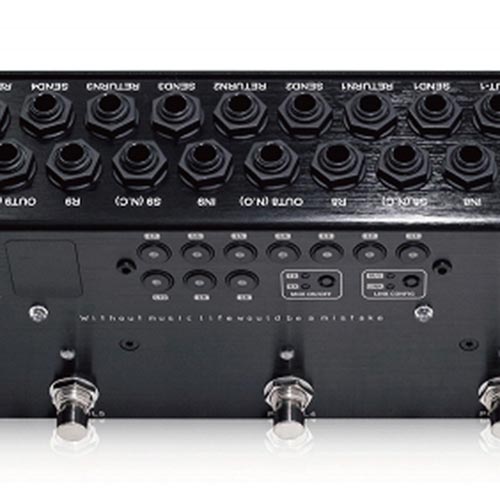 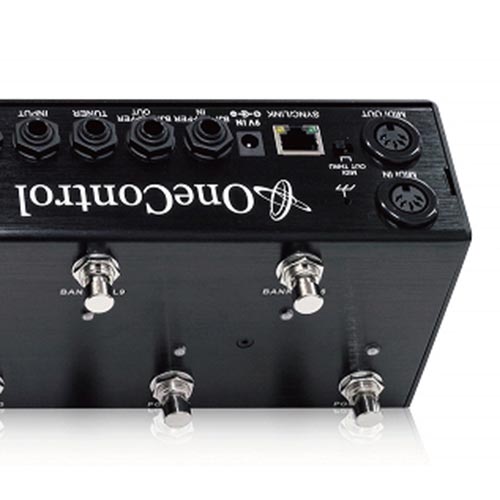 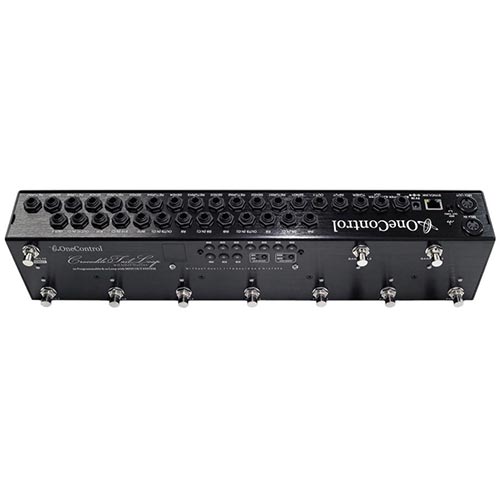 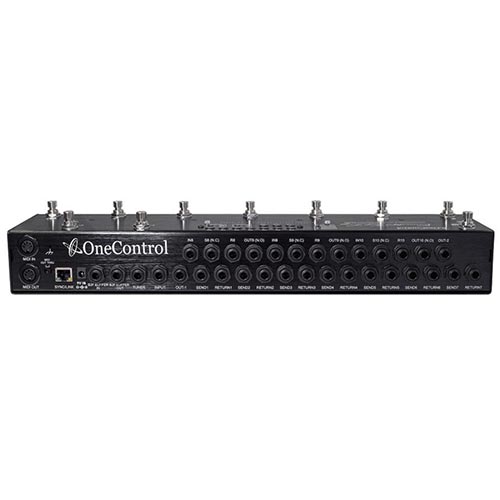 One Control Crocodile Tail Loop (OC10) is the flagship switcher from One Control. The OC10 offers 10 switchable loops and 70 preset setups (10 banks with 7 presets per bank).

The loop switcher also features MIDI operation and can send Program Change / Patch Change (PC) messages or you can use it as MIDI-Through unit in combination with other MIDI devices. The Link and Sync functions truly separate the Crocodile Tail Loop from other switchers: Link two OC10 together with a special One Control LAN cable to access multiple pedals off stage. Being able to link or remotely control a loop switcher is incredibly important for many professional musicians.

Whether you use a rack of effects or you prefer to have your tech controlling you patch changes, the Crocodile Tail Loop is a great solution for all guitarists who use pedals. The OC10 also comes with the amazing BJF buffer circuit with independent inputs and outputs.

The OC10 can also be a simple switcher by using the Direct mode. Direct mode is perfect for band practices or experimenting with pedals before you’ve decided how to set your programs. In addition to 7 loops in series, One Control Crocodile Tail Loop (OC10) has three separate loops that can be used for a variety of purposes. These loops can be used for amp channel switching or connecting effects to go into an amp’s effects loop as well as a variety of other functions to match individual guitar player’s needs.

The Crocodile Tail Loop truly is one of the most innovative pedal switchers on the market.