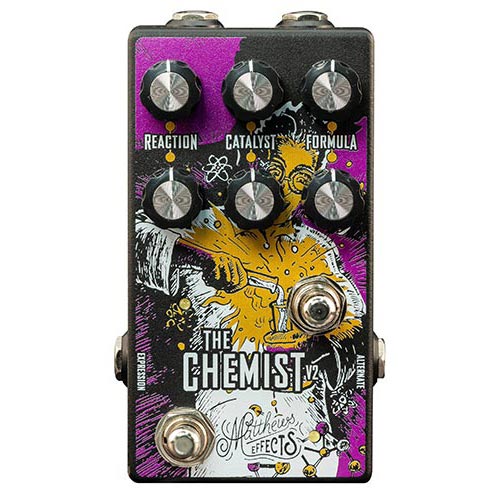 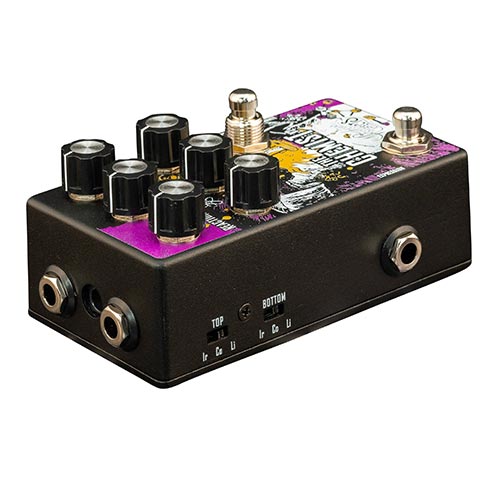 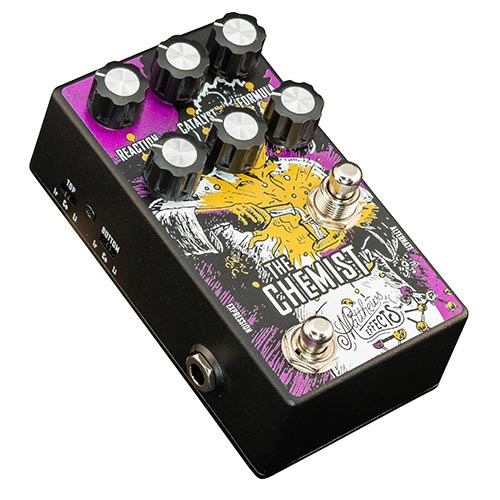 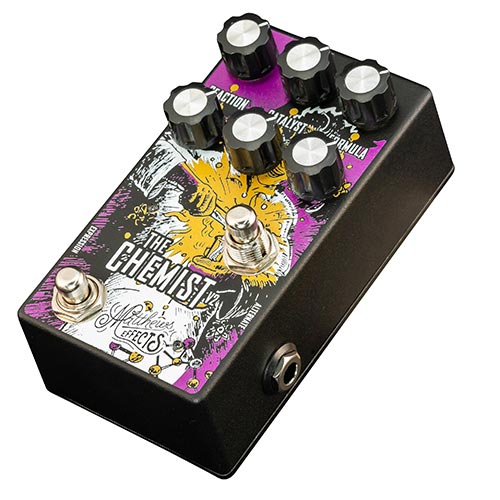 The journey begins with two rows of identical controls, allowing you to switch between the top and bottom row with the push of a button. Always visible and editable on the fly, this works as a preset without any programming or menu diving. You can set each row to be a completely different sound.

For example, set a lush chorus on one, a phaser on the other or create any combination of two distinct sounds and alternate between them instantly. For each set of controls, there is a slide switch on the side of the pedal that lets you select either “Cobalt”, a classic lush chorus, “Lithium”, a polyphonic organ octave effect or “Iridium”, a swirling phaser.

What sets the Chemist V2 apart from other pedals is the Alt controls. The three knobs on the “Top” row of the pedal are duplicated on the “Bottom” row giving you two different settings/sounds which you can jump between. You can independently select the algorithms for each row using the slide switches on the side of the pedal. This creates a simple and straightforward way to get two dynamic sounds on the fly.