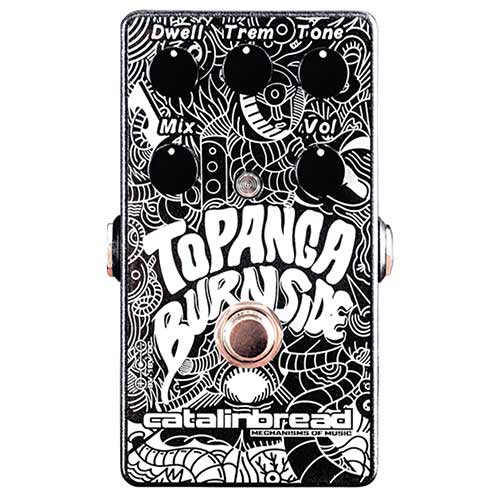 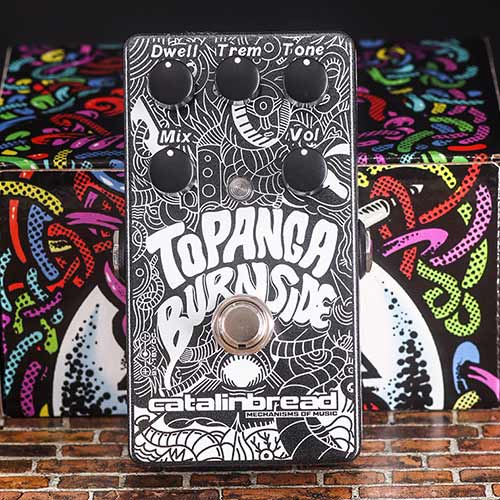 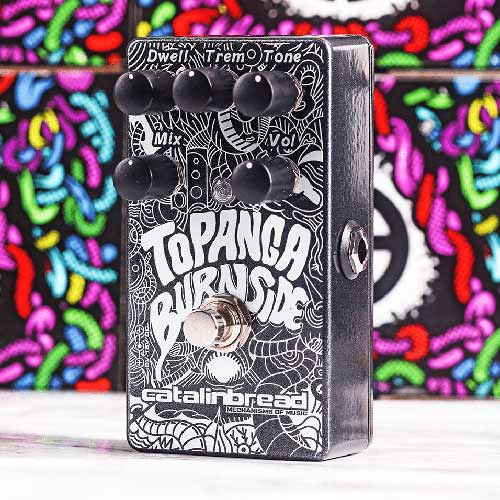 Catalinbread Topanga Burnside has all the springy, surfy mojo of the original Topanga but now features a Trem knob that controls the rate of a lush tremolo effect.

Catalinbread revisited the original pedal and found that placing the tremolo between cascading reverb stages yielded the best results––the effect is not too choppy; not too washed out. Many surf rock and skate punk bands use spring reverb, tremolo or both simultaneously in order to get their sounds, and the Topanga Burnside is a nod to them.

The reverb is based on an outboard Fender 6G15 spring reverb unit from the ‘60s. Part of its magic, and how it differs from the internal spring reverb found in most Fender-style amps, is that it is run *in front* of the amp, causing the reverb signal to distort and sound more intense.

Because there are additional knobs on the outboard units, you also have more control over the reverb qualities. The Dwell knob controls how hard the springs are getting hit by the guitar signal. The Tone knob allows the treble to be dialed back to just the right degree of brightness.

The 6G15’s front end is also essentially a tube preamp, so it colors the sound going into the amp. All this adds up to a very distinctive reverb sound with a lot of attitude and complex nonlinearities that are hard to replicate. But we did just that!

Be the first to review “Catalinbread Topanga Burnside” Cancel reply