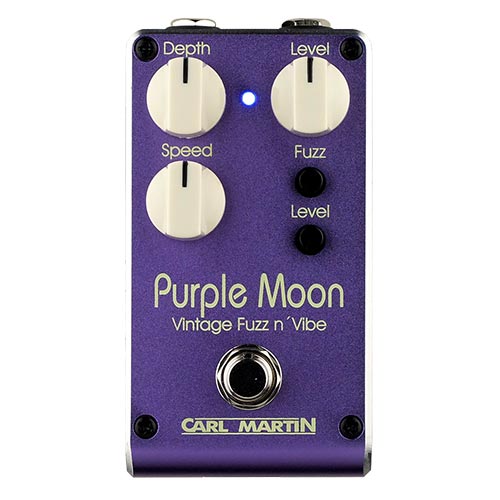 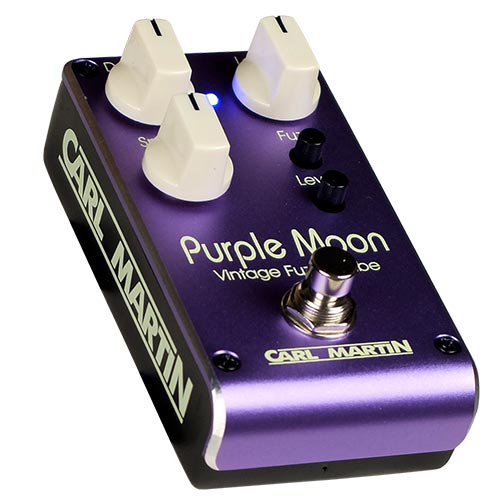 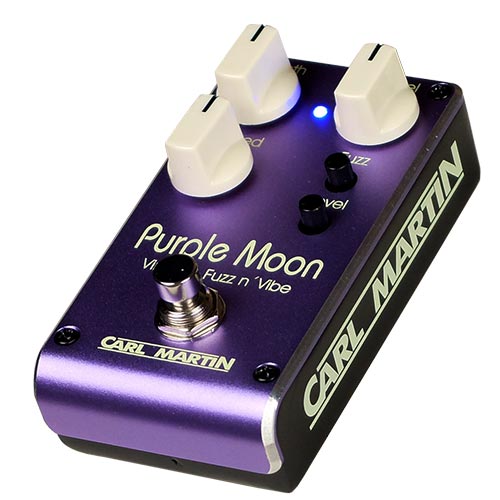 Carl Martin Purple Moon is a True Bypass, all analog, Vibe with Fuzz, and it is your ticket to recreating some classic guitar sounds. Think back to Jimi Hendrix and the Band of Gypsies, Robin Trower’s  Bridge of Sighs, or almost anything by David Gilmour, and then open your creative mind to the Purple Moon!

Carl regularly spends some of his spare time listening to his old records from the 60’s and 70’s. It has taken a couple years on the bench for Carl to be satisfied because it has been developed with very creative guitarists in mind.

Like the rest of the pedals in the Vintage Series, the Purple Moon features a die-cast case with it’s own special colour, mini knobs for ease of use, high quality switching, bright visible LED’s (we recommend using a quality regulated power supply for maximum response).