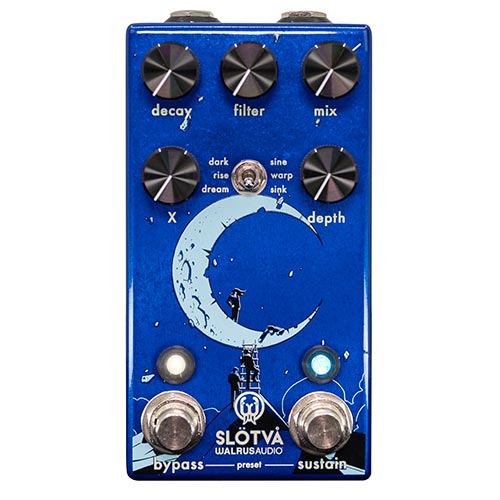 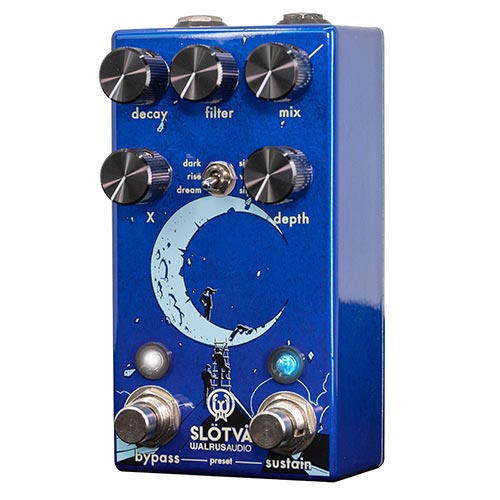 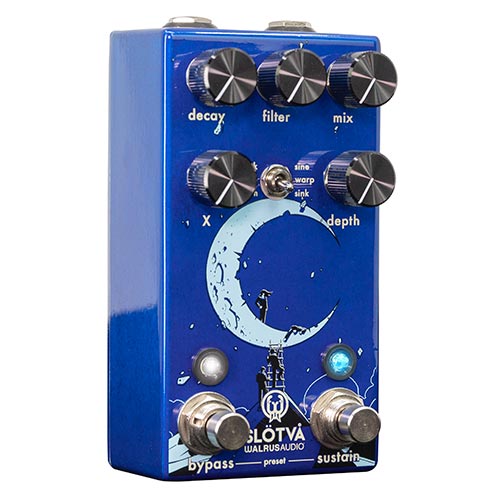 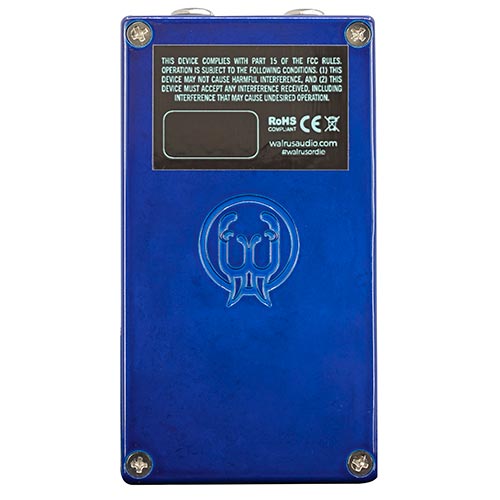 RISE – This is an auto-swell reverb for beautiful cinematic swells. Don’t rush it. Let it breathe and gently wake up. X knob sets the amount of time it takes the reverb to swell in after a note is played. Set lower for shorter rise times and higher for longer rise times.

DREAM – Here is a lush reverb with a latching pad function. Press the sustain switch to latch signal. Experiment with the X knob to add vibrato over the pad. Press sustain again and pad will decrescendo according to where decay knob is set. X knob sets the depth of vibrato applied to the reverb trail.

The pedal has a number of cool features, including Reverb Texture (when pressing and holding the Bypass Switch). The sustain switch ramps up the reverb trail to maximum, creating long dreamy reverb trail when pressed and held.The Slötva can run in trails or no trails mode.

Be the first to review “Walrus Audio Slötva” Cancel reply