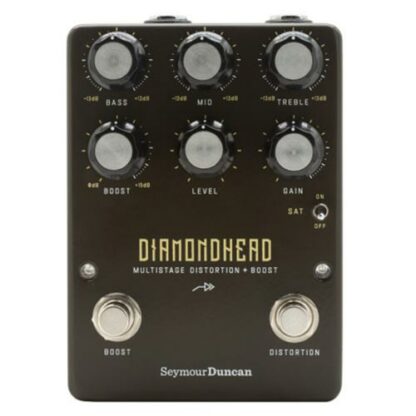 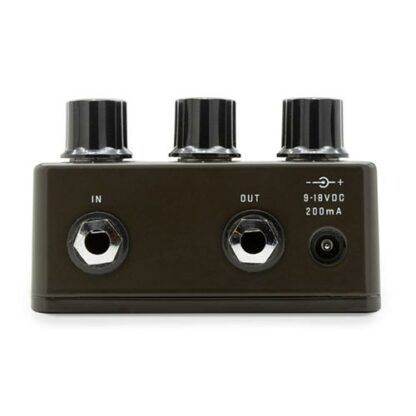 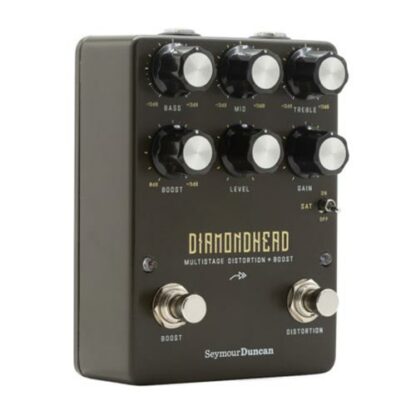 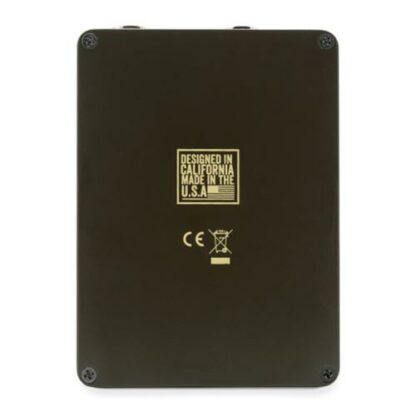 Seymour Duncan Diamondhead Distortion is a Multistage Distortion and Boost pedal that captures the tone and feel of a hot-rodded tube amp being pushed by a drive or boost pedal – the guitar sound that defined classic 70s and 80s Metal and Hard Rock.

It all starts with the drive – from breathy and raw medium gain sounds to screaming high-gain harmonics, Diamondhead is deep and three-dimensional, with clarity and touch response.

Three powerful active EQ controls maximize the potential of the gain section. A tightly defined bass control boosts and cuts at 80 Hz, with surgical precision – making the low end huge, but never muddy. A broader mid-range control set right at 800 Hz allows for massive scooped chunk, hyper aggressive modern attack, and everything in between. And the Treble control, set at 6 kHz, adds sizzle, cut, and attack.

The  SAT  Switch (based on the Seymour Duncan 805 Overdrive) adds a 24 dB pre-gain boost that tightens up the low end for more aggressive and defined attack. Subtly rolling off lows and highs, it allows the mid-range to cut through, creating chewy, harmonic saturation.

Independent from the Drive section, the Boost (activated with the left footswitch) offers 0 to 15 dB of available gain and can be used as a lead boost or to push an amp on the edge into overdrive. Try using it with a slightly dirty amp as the first gain stage and adding the Drive section for your highest gain sounds.

Unfortunately, shipments can be delayed due to the Corona virus. You can read more about it on our support page - delivery (below). Dismiss